Voted 89-9 in the Virginia House and unanimously (39-0) in the Senate, Gov. Northam is expected to sign the Consumer Data Protection Act into law without issue.

One of the things 2020 should have prepared us for is the unexpected, and the Commonwealth of Virginia managed it with the mere three weeks from mid-January to the beginning of February that it took the General Assembly to introduce, debate, and favorably vote on the Consumer Data Protection Act (VCDPA) (HB 2307 / SB 1392).

This was originally posted on PR Newswire here.

IntraEdge, a technology development company announced today the CCPA QuickStart version of Truyo, a privacy compliance platform co-developed with Intel® in response to GDPR and the CCPA in 2018. The Truyo platform operationalizes compliance efforts by providing companies with a customized privacy portal giving consumers the ability to exercise their privacy rights provided by the CCPA by granting them access and management of their data.

On October 11th, 2019, the Governor of California signed 6 amendments on the CCPA, and the attorney general proposed several new regulations as well. The Truyo platform is already able to meet these new privacy request requirements to support CCPA compliance efforts and the new product offering CCPA QuickStart enables companies to deploy a solution in an expedited timeframe.

Dan Clarke, President of IntraEdge said: "Companies are scrambling to find a solution for compliance before the CCPA effective date on January 1st, 2020 and are uncertain about how many requests they'll receive. CCPA QuickStart is a gamechanger in the market as it features automated solutions built for enterprise clients which gives privacy and technology teams the ability to reduce the amount of human effort it will take to process complex subject access requests and produce required reports." Based on statistics from TrustArc and IAPP's, "Measuring Privacy Operations Benchmark Report" 9% of companies receive between 100-10k requests per month from GDPR. These numbers demand the need for an operationalized solution for the impending requests from the CCPA.

The CCPA QuickStart offering includes Truyo's base platform which features workflow/task management, automated reporting, intake through a portal, user verification, segmented rejections and disclosures, and 3rd party management. Deployment of CCPA QuickStart can be completed within 2-4 weeks, offering companies a privacy platform with the option to scale to full back-end automation as needed.

Get compliance-ready before the January 1st, 2020 deadline. Learn more here.

Voted 89-9 in the Virginia House and unanimously (39-0) in the Senate, Gov. Northam is expected to sign the Consumer Data Protection Act into law with...

New Modifications to the CCPA Regulations - What You Should Know

On December 10, 2020, California's Attorney General Xavier Becerra proposed a new set of modifications to the CCPA regulations. The CCPA continues to ... 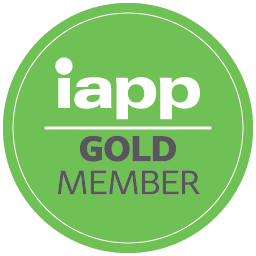